Your request was submitted successfully.
A Ricoh professional will contact you shortly between the hours of 8am to 5pm ET Monday through Friday.

See how a K-12 school district overhauled its over-built, budget-draining IT infrastructure and planned for the future. 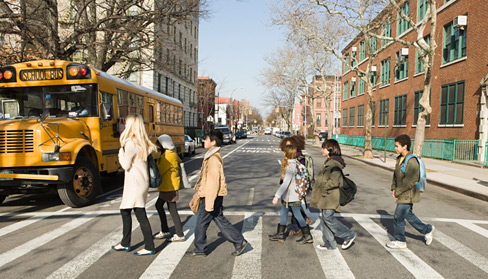 This urban East Coast public school district serves about 13,000 K-12 students at 20 schools. While considered a large school district, its enrollment and student count had steadily declined over a decade due to competition with area charter schools. Consequently, federal funding based on enrollment figures had steeply declined — forcing closure of some schools. With fewer students and a decreased budget, district officials needed solutions to reduce IT costs and make its technology work for students, teachers and administrators.

We reviewed what the district was spending for software licensing and other tools. We found $200,000 in duplicate or unused technology.

School district administrators reached a boiling point when they couldn't get an active phone line to call out or use an overhead projector for conference room meetings. Furthermore, workstations for district employees were subpar and workers couldn't even access the internet. Despite having an in-house IT department, these frustrations persisted and administrators realized they needed to upgrade their IT infrastructure.

Yet, with continual annual budget decreases, the district didn't have the funds to support restructuring its entire network. They needed a structure that would allow them to close schools as needed and make the schools they did keep open more efficient. And, they had paper files that were comprised of eight-million student records in a building they could no longer afford, making digitizing those records an urgent matter.

Additionally, district teachers didn't have dedicated devices to help them be more productive, easily share assignments electronically or enhance classroom learning with visual tools. Students as well were under equipped with technology — there were only 2,500 student computing devices district-wide to serve approximately 13,000 students.

The district's IT expenses are now lower and more transparent with the variable cost model that only requires them to pay for the users they have. If the student population shrinks, so do IT costs. In addition, the district is saving $200,000 a year in redundant software licenses and other technology.

Phones are functional, workstations can access the internet, email can be seamlessly sent and received, instructional materials can be distributed electronically and classroom lessons can be enhanced with interactive technology.

With remote monitoring, the maintenance of systems and technology is proactive — helping to avoid lengthy downtime. And, when issues do arise, teachers now have a convenient, knowledgeable resource to address their questions and get technology back up and running.

How We Did It

How We Did It

The district needed a technology partner with education expertise to provide strategic guidance for school technology, network stabilization and ongoing direction for the changing environment.

During our assessment, Ricoh and mindSHIFT discovered 320 servers in the district, many which no longer served a purpose. We discovered the district was spending $200,000 a year on duplicate or unused software licenses and other technology. We found pallets of new technology worth about $500,000 that had been ordered but never installed. And, only 20 percent of the aging 700 whiteboards were functional. Impressed, the district contracted with us for Total IT Managed Services — an approach we've applied in 150 school districts — with a variable cost model that adjusts based on student population. If enrollment continued to drop, so would the district's IT costs.

Once the structural problems were diagnosed, we then set out to stabilize the environment. The district's IT infrastructure was completely overhauled, the network redesigned and data centers were relocated and condensed. We stabilized server and email environments and repaired and stabilized the backup system. Content filtering was enabled and a temporary IT infrastructure at a temp school was set up after a flood. Laptop and desktop computer issues were resolved and PARCC testing technology was implemented. We upgraded software and moved it to new hardware, and repaired a broken domain name server. Interactive and networked whiteboards were added and we began digitizing paper student records. To support the new IT infrastructure, remote desktop control, a help desk and 24/7 monitoring and maintenance was implemented.

Ricoh uses data collection tools such as cookies to provide you with a better experience when using this site.
You can learn how to change these settings and get more information about cookies here.